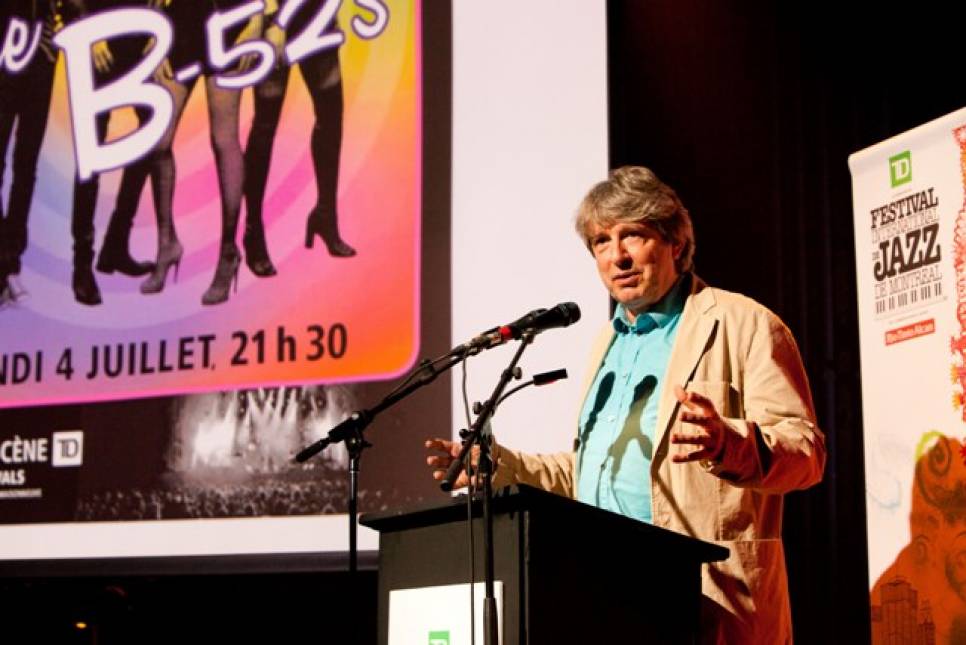 Organizers of the Festival International de Jazz de Montréal are thrilled to unveil the indoor program of this 32nd edition. As fresh as ever and resolutely open to the world’s music and people, the program calls in the greatest names in jazz and its musical cousins, assembling a legacy of legends alongside the most exciting young newcomers. Yes, fans go to music heaven, with concerts literally offering something to satisfy every taste.

A program with everything for everyone

True to its legacy, the Festival is a perfect fusion of quality and diversity: for example, this summer we’ll witness performances by Led Zeppelin’s masterful Robert Plant, the marvelous Diana Krall en solo, the grand return of Sade to the Bell Centre, a concert-celebration of the 85th birthday of the Father of Festivals, George Wein, and the arrival of Paco de Lucía after a 10-year absence. Among the immortals, Marianne Faithfull, Wanda Jackson, Dave Brubeck, Peter Frampton, Tony Bennett, Don McLean, America, Return To Forever, Béla Fleck and the Flecktones, and the Glenn Miller Orchestra and the Artie Shaw Orchestra in a new edition of the friendly Battle of the Bands. Besides that, the Festival will present Brad Mehldau, Joshua Redman, Anat Cohen, Richard Galliano, Gonzalo Rubalcaba, Christian McBride, David Binney, Erik Truffaz and Esperanza Spalding, weaving of a rich and enriching tapestry of contemporary jazz.

When it comes to rising stars to watch (and fall in love with!), there are so many such as: Émilie Clepper, Clara Furey, Keren Ann, Katie Moore, Jill Barber and Sophie Hunger. Canadian and Québécois musicians also showcase both genres and generations, with Blue Rodeo, Jean Pierre Zanella, k.d. lang, Emilie-Claire Barlow, Ron Sexsmith, Holly Cole, Colin James, Oliver Jones, Champion et ses G-Strings, the unexpected return of Men Without Hats, and Nikki Yanofsky, discovered at the Festival in 2006 when she was just 12, and returning in high style with the Orchestre Métropolitain. Looking for something a little more cosmopolitan? Milton Nascimento, Tigran Hamasyan, Ana Moura, Youssou N’Dour, Rudresh Mahanthappa, Yaron Herman, Hugh Masekela, Sierra Maestra, Harold López-Nussa, The Jolly Boys and Pink Martini, who blend so many musical flavours, or the impressive humanitarian production GRUBB and its dazzling young Roma musicians.

The brilliant and unpredictable Prince asked if he could perform two late-night shows during the Festival International de Jazz de Montréal. The Festival had a one-word answer: YES! This incredible performer, last with us 10 years ago, had visited Métropolis and liked the venue. This time, he’s happy to deliver two out-of-the-blue impromptu shows, June 24 and 25 at 11:30 p.m., at the Métropolis. A complete and multi-talented artist, his every concert only enhances his legendary stature. The performances are even more exciting because of the intimacy of the venue: a capacity of 2000, for a performer more accustomed to playing arenas 10 times that size! Better yet, the star has asked us to transform the venue into a massive dance floor for the occasion.

Robert Plant & The Band of Joy

Robert Plant A pre-opening Festival concert An event with a capital E! Band of Joy was the name of one of Robert Plant’s very first bands, accompanied by a certain tub-thumper of note named John Bonham. The name is a nod to an era when this particular British singer cut his chops singing songs by previous legends, and above all expressed the freedom of a 17-year-old with his own legendary future ahead of him. Because Band of Joy is an expression of freedom, the singer’s own songs, and his versions of songs by others (Los Lobos, Low, trad songs…). Add in that we can be fairly certain that Mr. Plant-who performs in Montreal far too seldom-will indulge us with versions of Led Zeppelin classics, and you have the makings of an unquestionably exceptional concert. Co-presented by evenko. Robert Plant & The Band of Joy-

Paco de Lucía
Aside from his highly-praised performances in the Jazz All-Year Round series, it’s been 10 years since Montreal enjoyed a summer concert by this artist. And the Festival is celebrating his return, and not just any old way: Paco de Lucia, flamenco guitar virtuoso (”the greatest in the world, period,” according to Pat Metheny) lands at the Festival to deliver a majestic opening concert featuring four other musicians-including brilliant harmonicist Antonio Serrano Dalmas- a dancer and two singers.

The North American premiere of a humanitarian musical adventure: GRUBB

Twenty-four Serbians between the ages of 13 and 17  in America for the first time. An invitation to celebrate, Gypsy Roma Urban Balkan Beats (GRUBB) takes on the challenge of giving voice to people who are never heard, the Roma. Led by Serge Denoncourt, this unprecedented humanitarian artistic event recounts the reality and life of young Roma today through music, movement and theatrical performance… A completely new kind of hip hop, blending with tradtional Roma music; a musical first! Those volunteering their efforts in this humanitarian adventure include dancer and choreographer Nico Archambault, actor, director and master of metamorhposis Arturo Brachetti, video whizzes Olivier Goulet and Gabriel Coutu-Dumont, costume designer François Barbeau and the music of Francis Collard

Special events.
After the landmark pre-opening concert starring Robert Plant & The Band of Joy (June 24) and the opening gala starring Paco de Lucía (June 25), fans of the Événements spéciaux TD can expect to be treated to two other concerts in the series on the following day (June 26).  First, at 2 p.m., the 4th annual American Big Band classic, Battle of the Bands, pits two legendary orchestras (this time, the Glenn Miller Orchestra and the Artie Shaw Orchestra) against one another on the same stage, at the same time, swinging Festival fans with a sound and vibe right out of the great New York ballroom era. ♫ Then, exclusively at 8 p.m., landmark ’70s jazz-rock group Return to Forever IV returns to Montreal by popular demand with Chick Corea, Stanley Clarke, Lenny White, Jean Luc Ponty and Frank Gambale.

Aother legend takes the spotlight-a man lavishly praised by Sinatra himself!-illustrious crooner and icon of the American popular song repertoire, Tony Bennett. Nikki Yanofsky, the darling of Montreal jazz, returns to the Festival in a dream-come-true concert, fronting the Orchestre Métropolitain.  Then, in a double bill that brings the history of the previous musical century to life: Don McLean and America (who contributed, respectively, American Pie and Horse With No Name to the universal jukebox, to name but two) on the same stage, on the same night!  To close out this prestigious series (July 4), the absolutely brilliant Daniel Lanois brings us his exciting Black Dub, a fiery quartet featuring drummer Brian Blade, bassist Jim Wilson and singer Trixie Whitley (opening act: Leif Vollebekk).

For all true fans, the Festival is a year-’round experience. Thanks to MontrealJazzFest.com, everyone can stay constantly connected to the passion of the music, whether before, during or after events. Video excerpts, information on the artists, access to archives from previous editions of the Festival, video channel MontrealJazzFest.TV, etc.-in short, it’s the ideal online destination for every music fan. We remind you that the Festival is on Facebook (Facebook.com/Festival.Jazz.Montreal) and Twitter (Twitter.com/FestivalJazzMtl) and that you can follow and experience every aspect of it using mobile applications for your iPhone, iPod Touch, iPad and BlackBerry (MontrealJazzFest.com/mobile).