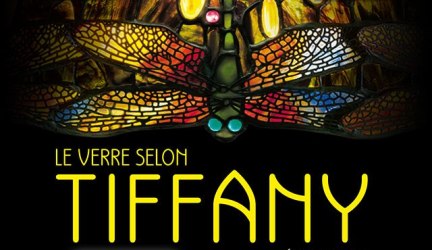 The exhibition Tiffany Glass, a passion for color, has drawn close to 55.000 visitors since its opening in Montreal on February 12, 2010. Produced by Montreal Museum of Fine Arts, it is the first exhibition of this magnitude on the work of Louis C. Tiffany (1848-1933) to be presented in Canada. It features some 180 works- lamps, vases, objects and exquisite glass windows made by the famous American designer and master of glass-maker. This selection of Tiffany’s best work gives visitors an opportunity to admire the creativity and the variety of techniques he used.

I had the opportunity to see this wonderful exhibition, and I felt very fortunate to see such as art explosion combined with creativity and techniques. For those who haven’t gone yet, the exhibition runs until May 2, and it is worth it! The compliments from Montreal media are enormous, that is why I suggest you to take a couple of minutes to discover the life of Louis C. Tiffany.

A master of Stained Glass

Louis C. Tiffany , American designer and painter, was the son of Charles Louis Tiffany, from whom he inherited the business of Tiffany & Co.in 1902. As a youth he showed an interest in art, and he received his early training (1866) in the studios of the landscape painter George Inness, from whom he gained an appreciation of nature that was to provide the subject-matter for many of his future designs. In 1868 he trained in Paris under Léon Bailly (b 1826) and then travelled extensively in North Africa and Spain. In the same year he met Samuel Colman, with whom he shared an interest in the forms, ornament and patterns of Islamic and Romanesque art. Tiffany returned to the USA in the early 1870s and began to paint travel scenes and landscapes in the fashionable Orientalist style.), as well as experimenting with such novel subject-matter as New York slums.

From the mid-1870s he began to form a collection of East Asian (particularly Japanese) and Islamic ceramics, glass, furniture and metalwork that reflected his taste for the exotic and mystical. As early as 1867, Tiffany had won recognition for his paintings from the National Academy of Design, but he later rebelled against the institution’s conservative attitudes. In 1877, together with John La Farge, Augustus Saint-Gaudens and other American avant-garde figures, he formed the American Art Association (from 1878 the Society of American Artists), which advocated modern European painting styles.

Although Tiffany’s interest in painting continued, by the late 1870s he had turned his attention primarily to the design and manufacture of the decorative arts. Despite its great success, the firm was dissolved in 1883, and thereafter Tiffany operated alone under various names. In 1885 he established the Tiffany Glass Co. in Brooklyn, which continued to design interiors; its principal concern, however, was the production of windows, mosaics and blown, decorative glass.

From 1889 Tiffany Studios (integrated into Tiffany & Co. in 1902) in New York produced such items of jewellery as the ‘Peacock’ necklace, made of gold, amethysts, opals, sapphires and rubies. In 1892 Tiffany established the Tiffany Glass and Decorating Co. in Corona, Long Island, NY. Although Tiffany was not responsible for all the designs made for the company and did not actually make the glass produced in his workshops and studios, he closely supervised production. It was his overall approach to design—using sensuous and organic forms from nature in the art Noveau style—that dominated production. His most important assistant was Arthur J. Nash (1849–1934), who had managed the White House Glassworks in Stourbridge, England, and was brought to the USA in 1892 to manage a separate division at Corona called Tiffany Furnaces. Nash’s technical skills, combined with Tiffany’s chemical discoveries, accounted for much of the company’s success. Nash played a very important role in the development of ‘Favrile’ glass, the company’s famous range of iridescent glass (registered trademark name, 1894); the production process involved treating the hot glass with metallic oxides that were absorbed into the glass to produce a luxurious, nacreous surface. ‘Favrile’ glass was used for a variety of objects, including and hanging- and table-lamps in delicate shapes.

Later developments of iridescent glass included ‘Lava’ glass, which has a roughened surface, and Nash’s ‘Cypriote’ glass, which is an opaque, pitted glass inspired by ancient Roman glass. Tiffany table-lamps made use of stained-glass techniques and were constructed on a simple production-line basis. The leaded shades incorporate small, multicoloured pieces of glass above a moulded, bronze base. The completed lamp often imitated natural or floral forms, as in the ‘Dragonfly’ electric lamp (c. 1900; Norfolk, VA, Chrysler Mus.), and the ‘Lily’ lamp (1902), with individual flower heads of gold iridescent glass suspended from bronze branches.

Tiffany gained an international reputation through such exhibitions as the World’s Colombian Exposition of 1893 in Chicago, for which he designed a Romanesque-style chapel with glass mosaics .His work was admired by the Parisian critic and dealer S. Bing, who exhibited it in his Paris shop L’Art Nouveau. In 1894–5 Bing commissioned Tiffany to make 11 glass windows (Paris, Mus. d’Orsay) for the shop, based on designs by such artists as Bonnard, Maurice Denis and Toulouse-Lautrec. Tiffany also designed a number of houses and apartments for himself and his family, including a studio (late 1880s) in New York with a chimney-piece that anticipated the work of Gaudí. Between 1902 and 1904 he designed his large country residence, Laurelton Hall (destr. 1957), Oyster Bay, NY. This was an expression of Tiffany’s eclectic interests: it combined various exotic styles in a colorful assemblage and incorporated some of his best windows, such as the Four Seasons and Wisteria.

In later years Tiffany’s interest in the daily running of the glassworks decreased. Despite his alignment with the art Noveau style, he had little sympathy with such later modern movements as Cubism and found himself increasingly at odds with American modernism. In 1918 he established a foundation at Laurelton Hall to assist young artisans. The following year he turned his business over to Douglas Nash and Leslie Nash, the sons of Arthur J. Nash, while continuing to provide financial support. In 1928, however, he withdrew his support and the use of the name Tiffany Furnaces. The company closed three years later. The most important collections of Tiffany glass are in the Morse Gallery of Art, Winter Park, FL, and the Chrysler Museum, Norfolk, VA.