January 27, 2023
Trending Now
Home Colombia BEYOND YES OR NO 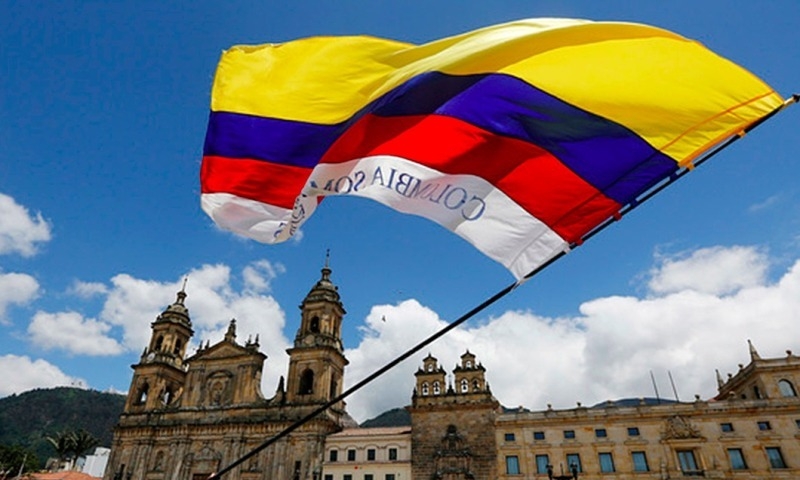 “I said I wasn’t going to the peasant march called by FARC, and by confronting the guerrilla, I had to flee like a flying gun-powder stick without a tail, until I reached the Red Cross in Florencia, with my four children, 5 grandchildren, and a great-grand-daughter”. With these words Fidelina, a displaced woman starts her tale at Hacienda Daiva in Guaymaral, during the presentation of the Peace Promoters Program lead by Inés Elvira Marchand and sergeant Frank Trejos, president of Colombo Canadian NGO, made up entirely by volunteers.

Fidelina is part of the victims who present socio-drama sketches for Ágape, that represent recovery processes, for different types of public, educational, entrepreneurial, and other civil society scenarios. Together with her daughter Esther, this brave woman tells how she arrived to Casa Migrante in Bogotá, facing cold, fear, and hunger; with her strong voice she describes: “we ate restaurant left-overs, we managed to survive without many basic necessities, but that was nothing compared to the rejection we experienced while looking for a job, because for people like us who have been are displaced “carry death on our backs”.

In a shared monologue, sometimes interrupted by raw humor, mother and daughter confess that they had to sleep on the streets with their children, that fleas would eat them alive at Ciudad Bolívar and that only sugar cane drink (“agua de panela”) would soothe their hungry bellies.
In 15 months, they had lived in 9 different houses, when suddenly one day they were told they were going to receive help from abroad; remembering this moment, Fidelina closes her eyes, exclaiming: “that old bag from Canada isn’t going to help us, stop them from selling dreams to us”.

However time would show her the opposite to Fidelina and her family, who for reasons unknown did not get a visa for entering Canada, but instead found accommodation in Facatativa in a house fitted with a stove, a fridge, new blankets and an abundant amounts of food. However, death threats pushed them to go to Venezuela, with such bad luck that after setting base at La Playa (The Beach), they were affected by huge landslides at the Mocotíes river Valley.

Nowadays these images and the tragedy at Mocoties, cloud Esther’s memory, who bitterly confesses: “we were destined to suffer, for being poor, for being Afro, with everything that happened to us, in our hearts there was only bitterness, anger, hatred, we got sick in Venezuela, we went hungry, until one day we received a call from Ágape to go to Armenia. “With our one and only set of clothing we went there, not knowing what we were going to; they received us with clean sheets, beds, water, it was like arriving to paradise”.

What Esther and her mother never imagined, was that reconciliation workshop would put them face to face with youngsters demobilized from guerrilla. Fidelina starts speaking to describe the experience: “In my heart there was space only for hatred; my daughter wanted to throw them a grenade and kill them all when they told us they had fought in the guerrilla ranks; but they were there to ask us for forgiveness, and we were shouting all sorts of things to them. Inés and the others left us for a good long time, to see what might happen, because I wanted to hit them, cry, kill them; it was there that I understood that we were all victims. So I said to them that if they were sorry at heart, I would forgive them; we embraced, cried, and I was filled with a peace I had never felt before”.

Contrary to her mom, Esther tells us that she couldn’t forgive them straight away in Armenia, but that after reflecting for a long time that what she had had taken away was something material, she agreed to forgive them, and thus she went form victim, to promoter of peace, and arriving back in Bogota, life gave them a new opportunity. During all this socio-drama called “Displacement”, the two women wash clothes and hang them on a cord, and in the middle of the performance they give pieces of clothing to the public; at the end, when they have washed everything, they suggest the spectators that they should wash their own clothes, hang them like they have done, leaving aside all hatred, bitterness, or thirst for vengeance.

My Chains were real

Through socio-dramas with Ágape called “Alpinista” (Alpine climber), “Reconciliación”, (Reconciliation), “Los arbolitos” (Little Trees), “El secuestro” (The Kidnapping), “Desaparición forzada” (Forced Disappearance), civil society experiments what it is to be a victim of the armed conflict, survivor, and as they say: “super-vivors” , since they become experts in overcoming victim conditions. More than 30 people, victims of Colombia’s armed conflict (forced displacement, sexual abuse and forced disappearance of relatives), identify themselves now as promoters of peace, thanks to this program.

One of them is Sargent Cesar Augusto Lasso, who plays the main character at “El secuestro” (The kidnapping). Fixing his gaze towards the public, Lasso in chains from head to toes tells us : “in April 2012 I recovered my freedom; I want to tell you that my chains were real; that this man here with me, (his captor) is the guerrilla war-man who looked after me for 10 years in the jungle, whom I tried to convince many times to escape with me, and that there was a life apart form rebellion. We met again, and we are proof that forgiveness from each one of us is a way of creating opportunities for a better country.
The demobilized youngsters have been through enormous pain, that is why we welcome them, we help them find jobs, we show solidarity with them and we don’t want anyone to stigmatize them. We believe in reconciliation, we believe that forgiveness without forgetting, is possible; we want a new society and a peaceful Nation”.

Forced disappearance comes to life through the stories of two women coming from San José del Guaviare. Holding each a piece of clothing against their chest, Odelina tells: “my daughter disappeared; she was a young 28 year old girl, 8 months pregnant, when they took her, leaving an orphan girl, her daughter; this violence has hurt, yet we want peace for Colombia. Ramona compliments the scene saying: “I remember that on the 1st of march 2003 at 5:00 am, they took him from his house. There went my son’s dream of buying a house for his parents…; we are still looking for his remains to give him a Christian burial; we don’t want any more violence; there are so many people who cry like us; we want to learn to live as good brothers and sisters”.

I was a victim, and now I’m a Peace agent

Not knowing that a peace agreement was near or a plebiscite, Ágape started this work of sensitization directed at civil society in order to promote real recognition of victims and the enormous challenges that must be faced in their recovery process.

From its beginnings, this Colombo-Canadian organization has been supported by Sarita, who lives in Canada as a refugee with her family and a large number of people from la Macarena, displaced by violence. She represents the socio-drama “Alpinista” (Alpine Climber”).

The heart-breaking testimony of this teacher starts when the paramilitary army killed her husband in front of her and her five children. She, with great sadness in her eyes, she tells us: “we suffered the rejection for being displaced, we were stigmatized as if we were guerrilla fighters because we lived at la Macarena, and the guerrilla fighters were after us; we had to separate as a family, but we managed to leave Colombia with the conviction that we couldn’t let ourselves die. Along the way we met other people, with whom we shared water; our souls were tired; when we arrived in Canada after two years of going here and there, we slept for nearly 15 hours in a row. We only asked for peace, tranquility, and we got it, but I would not forget my land, I always remembered those children who were left back in the middle of that war in Colombia, something that Agape made me bring to life, and that’s why I’m here”.

Sarita was part of a team of Colombians who received demobilized ex-guerrilla fighters who came for internships to Canada; with them the team carried out workshops in a neutral land; sadly the government of ex Minister Harper, did not allow this program to continue, but with the help of the Colombian OIM, Agape managed to continue with its work and now these same youngsters are contributing to this organization’s task in Colombia. René, Edgar and Flor, are the fruit of success of these reconciliation workshops. For example René, who remembers the warmth of the Botero family who received him for a month in Canada, works now with the ACR (Colombian Reintegration Agency), in programs for juvenile recruitment prevention and takes part in all events by Agape; humbly he states: “my mother wants to return to our region to live in peace; in my work I meet people who hate me, and others who accept me, but it doesn’t matter to me; I go to schools to tell them everything. For me its better to have an imperfect peace deal, than a perfect war”.

Flor, who was hurt in combat and thus gained her freedom, feels that in reintegrating to civil life, after all the humiliation and ill-treatment to which she was subjected, her life has changed and now she works at Panaca Park, in the Coffee Region. Seeing her youth, her contagious happiness, one would hardly think that she has been another victim who overcame Colombian violence to become a promoter of peace.

Upon finishing the gathering, Sargent Frank Trejos is emphatic in stating that Agape is not interested in promoting political polarization between the yes and the no voters, since the Foundation’s mission goes beyond that, and it works to promote the strengthening of the social fabric in Colombia. On her part, Inés, who with a group of Colombian volunteers living in Canada, organized a pilot program for cultural and working internships for minors who had belonged to the illegal armed forces, invites civil society who came to the event at Guaymaral, to disarm their hearts, and to share this experience and count on Agape as an ally to bring down walls of indifference in Colombian society.