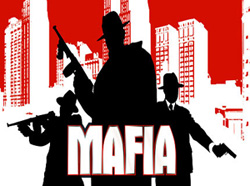 In the beginning of November 2006 Canadian authorities arrested 100 people who were charged with offences ranging from drug trafficking, conspiracy and money laundering to gangsterism. Among those arrested were several that alleged to be high-ranking members of the Rizzuto clan. This arrest was just the tip of the iceberg. In October 2008, authorities revealed the Operation Colisee, a massive four-year police investigation, with a million hours of wiretap evidence that hit the presumed patriarch of Montreal’s mafia and five associates who pleaded guilty to gangsterism-related charges.

All the Canadian media was talking about Operation Colisee. Newspapers such as The Gazette, Le Journal de Montreal, Le Devoir and La Presse did remarkable research into Montreal’s mafia , bringing to life what appeared to be a missing chapter from a Mario Puzzo novel, with a Canadian Godfather in it. This topic, however, made me wonder about the real “good fellas”, the immigrants who came to Canada to work hard, legally, and away from these kinds of crime organizations. How could this mafia scandal have affected them?
To begin with, the Italian community in Montreal is the third largest ethnic group after French and English, and the fourth in Canada after English, French and Chinese. The first wave of immigration was between 1490 and 1947; the second covered the years 1948 to present. Many Italian immigrants found work in the constructions trades, and later built their own construction businesses. Canadians of Italian ancestry can now be found in almost any profession in Canada.

Following my initiative, I met Ana who was born in Italy, and works in the financial field. She declared that despite of the fact that she grew up in Park Extension, one of poorest neighborhoods in Montreal, she is not a bad person, has always worked hard and helped her parents, because family has always had an important meaning for them. “I was raised with respect, with moral values, and I knew what was right and wrong. My mother was a housewife and my father worked at the construction site and they never left the neighborhood. Now I live at La petite Italie. I am proud of being Italian, never felt discriminated and I even joked about the mafia issue, like everybody else”.

Jimmy, on the other hand, was born in Montreal but his parents came from Sicily. He thinks that Operation Colisee doesn’t affect him at all; it was just some members of the Italian community that committed a crime, and like in any other community, if some members do something wrong, that doesn’t mean that everybody else is implicated.

As a matter of fact, Jimmy believes that “there is always a price to pay”, because if you choose to be a drug trafficker then you will pay the consequences. “Mafia is a vicious circle for people who want to make fast cash, because they get greedy, they want more and more money, and finally they get trapped.”

Italians need to stand up.

Giuliano D’Andrea, Chairman of the CIBPA (Canadian Italian Business and Professional Association) believes that this kind of negative news along with the mafia stereotype created by Hollywood, has really damaged the Italian community in Canada. In fact, when people meet an Italian, they think he is connected with the mob or knows somebody connected with the mob, and all this violence and criminal activities are part of the culture.

According to D’Andrea, Italians react in two ways: they either disassociate themselves from being Italians, denying their heritage and claiming they are Canadian or a Quebecker, or they remain silent. They just hope that this will go away, but there is no commitment in terms of trying to fight this. The Italian community is very passive trying to demonstrate its good name, its good intentions by the work it does, and its contribution to Canadian society.

In fact, the Vice-president of CIBPA affirmed that the Italian community has a sense of pride called “L’italianite”. However, when confronting stereotypes, they don’t know how to react, because to overact seems to make the situation worse. Instead, they are very passive. “We are 250 thousand in the Montreal area, which is a huge number, but we don’t have a structure to be able to exhort this kind of problem. I see for example, how well the Armenian community is organized; they stand up to defend themselves. We have a very strong sense of respect in our community as well, but are always looking for the elders to guide the leadership, and in terms of individual rights nobody expresses ‘I am denouncing, I am writing letters, I am starting a campaign’…. but ironically in Italy we do.”

The Vice-president of CIBPA’s criticism of his community is that they should stand up, denounce, not take all this, and recently complained to the Canadian Advertising Council about a very important restaurant chain in Canada, called Vinnie Gambini. According to the complaint, the restaurant’s owners, who aren’t even Italian, exploit the mafia stereotype. They think it is cool, and the restaurant’s setting has a mobster appeal as if you were sitting on a film set from The Godfather or Al Capone.

“They don’t think it is wrong, and I got an answer to my letter where they claimed that in ten years they hadn’t gotten any complaints. Whether this is true or not, I believe they didn’t get complaints because this is the way the Italians react. I don’t think Asians would be acting the same way if someone started joking about Buddhism and its traditions—this is what really needs to change inside my community”.

CIBPA works hard to defend the reputation of the Italian community, which has suffered since World War II. When the Canadians fought against the 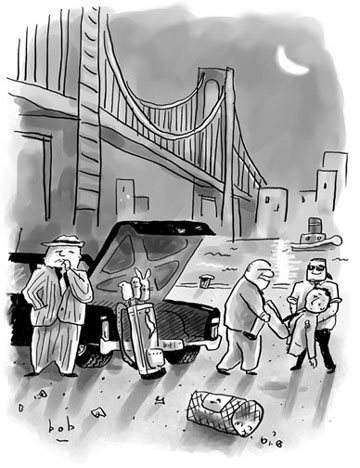 Italians, thousands of Italian-Canadians were rounded up, interrogated and given identity papers to carry with them at all times. Even prominent Italian-Canadian businessmen and community leaders were sent to internment camps, such as Petawawa (near Ottawa). While there, they became wary of speaking Italian or advertising their heritage. Many Italians even changed their last names, hoping to disassociate themselves from their heritage. However, when these business men came back from jail and reintegrated into the Canadian society, they decided to create CIBPA. To back up a little, I learned that there was a bigger scandal before Colisee and it was called in French “Le Scandale des Commandites” or in English, “The Sponsorship Scandal”. At the center of all this was the Minister of Public Works at that time, Alfonso Gagliano.

He was referred to as a “Mafioso”, the Montreal Godfather, and there were a lot of negative stereotypical mafia comments made about him. The newspaper, Le Journal de Montreal, wrote ten pages about this mafia story. “This caused tremendous damage for our image and CIBPA took action. We were involved in writing letters, denouncing when we could, because this was more Hollywood stereotype. There was a huge investigation but no Italian was charged. It is not our job to investigate, but to say Stop! The fact that some people are involved doesn’t mean that you have to bring that to our community and make it look like it is natural to be implicated in criminal activities”.

As a matter of fact, Giuliano announced that recently in the States, a national survey showed that 75% of the Americans think Italians are into organized crime, and he feels that it is no different in Quebec. But why is that? Another Italian, Paul Basile, editor of the Chicago newspaper, Fra Noi declared: “mainly because the entertainment industry has relentlessly portrayed Italian Americans as gangsters for the last 30 years. Italian mobsters have even invaded children’s shows, albeit in a more cuddly form. The ‘Animaniacs’ cartoon series features a group of mafioso pigeons known as the Goodfeathers; ‘Muppets Tonight’ boasts a muppet Mafia don and his gorilla bodyguard; and in ‘Babe: Pig in the City’ the gangster bulldog speaks like Don Corleone.”

Lino Saputo, founder of Canada’s largest dairy-processing company, went through a defamation campaign as well. There were allegations linking him to the Italian Mafia and the newspapers like La Presse, le Globe, and Mail attacked him. Giuliano remembered that Saputo faced the accusations, based on false rumors, and nobody apologized. People keep thinking that because mafia is very powerful you can buy everything, and this is exemplified in shows like The Sopranos.

Colisee arrested criminals from other communities, including Canadians, but at the forefront of this incredible operation remains one group: Italians. I imagine that sensationalism and the yellow press could have added more to the story.

As for the future of CIBPA, Giuliano declares that they will continue defending the Italian community, talking to the general public and trying to control the advertising and its negative impact. “Our members need to understand, to be educated about the origin of this mafia stereotype, otherwise we won’t be able to fight against this. And if we don’t care who will? Besides, our Committee is trying to recruit more people, involving them in our activities and starting a debate, because it might be funny, but this is hurting our community. On the top of that, we want to convince people who think that this is not important, that they are wrong because they are missing something”.