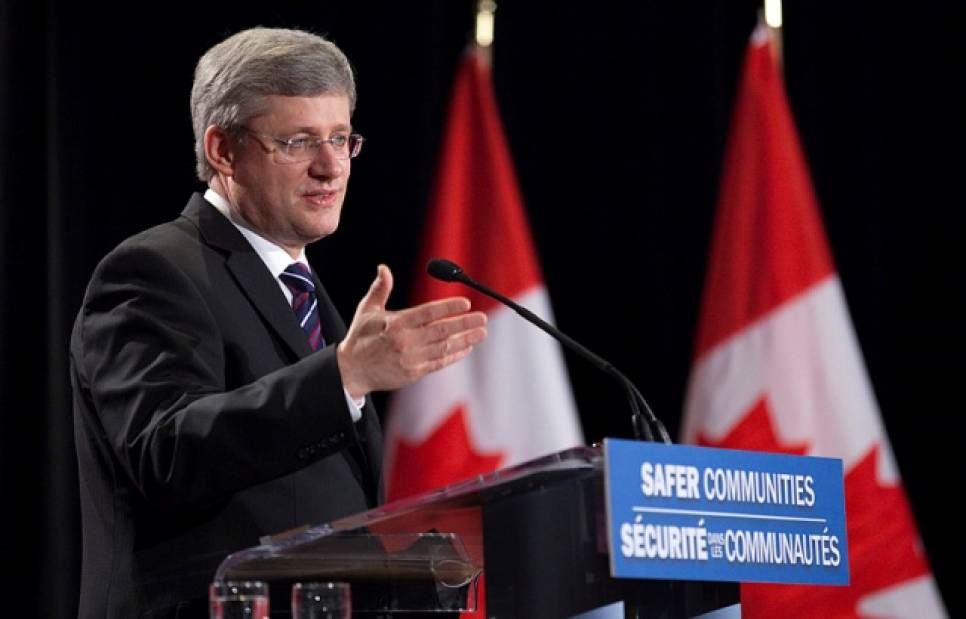 After five years of governing in a minority Canadian voters have delivered Conservative Leader Stephen Harper his first majority government.  According to CBC news, two  prominent candidates Duceppe and Ignatieff  are defeated in a historic election night. Party leader Elizabeth May has been elected, becoming Canada’s first-ever Green MP.

The results were a big surprise for many people. I was following the elections on twitter and I could not be more surprise, because  Quebec became  orange by electing NPD leader Jack Layton who is now the official leader of the opposition. Layton managed to kick not only Ignatieff  but also Duceppe and now his party has more sits at the Parliament. The results are the following:

I am inviting you all to leave your opinions in English, French an Spanish since last night was a very special E-Day in Canada. I am sure many of you can share with me your ideas about this facts:

NDP surges as a new political force in Quebec.

Harper wins although the predictions were a minority government.

What happened?  In my humble opinion: It was an excess of confidence of Duceppe and Ignatieff. Layton was underestimated and he defeated his opponents.. I believe   Canadian individualism won: Me, Myself and I.  In other words, I can win by myself.  The opposition rejected the budget and elections came along. However, they were not able to make any political coalition and Harper struck them all!.   Harper is the winner, because he managed to exceed expectations, he got 167 seats in the Parliament, and now he has a majority government.

The big surprise was Layton. I think he is the substantial “winner” because he became the Leader of the official opposition! In addition,  Layton smashed Liberals.  Furthermore, the young students marked a new tendency in Quebec, by voting against Duceppe. Now Liberals and Blocs Quebecois must make an urgent reengineering inside their parties.  After this unbelievable results,  I see them pretty bad!