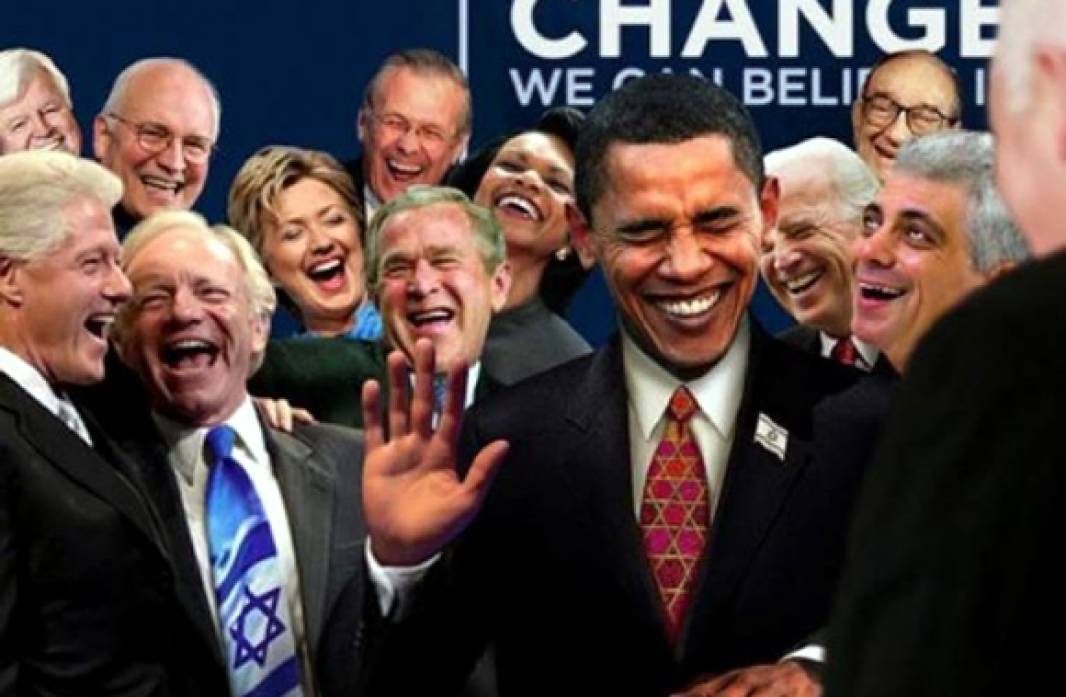 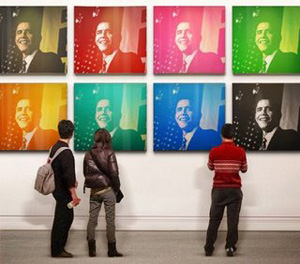 President-Elect Barak Obama is Time Magazine’s person of the year 2008, and he will be sworn in as President of the United States of America on January 20th, 2009. It will be an unprecedented event in the history of North America and hundreds of thousands of people will come together in Washington, D.C. to share the moment. Like everybody else, I am wondering if the real change is coming, and I have to confess that I am also pretty much into the Obamania.

Between now and January 20th I know the Bushophobia will be more widespread over the whole planet, but I can’t wait to hear what everybody has to say about the new President of the Unites States, and the changes he plans to implement. Just to give you an example, Obama named a national security team with a mandate to strengthen US security, and to renew its standing in the world. He is confident that this experienced team that includes ex Senator Hillary Clinton represents a vital balance of American power, diplomacy, and leadership that will be crucial in meeting the challenges of the 21st century.

However, American journalist Steve Lendman is disappointed, but not surprised, in the selection of the team members. In addition, he made the following predictions regarding Obama’s positions:

“One-sided pro-Israeli zealotry; continued Palestinian oppression; no end to the Iraq war and occupation; possibly attacking Iran and/or allying with Israel to do it; pursuing an imperial agenda; targeting Pakistan, Russia and other countries; expanding the size of the military; increasing expenditures for it; and providing Israel annually with billions of dollars; the latest weapons and technology; the same zero interest rate loans Wall Street gets; liberal debt forgiveness; virtually anything Israel requests on the pretext of security, to wage aggressive war, or expand its illegal settlements”.

Well, I convinced three people I know to participate in my blog, so we could share with them different points of view, related to world economic crisis, the war on terror and Plan Colombia. This is a healthy debate between a professional Hispanic woman; a Canadian film maker, specialized in politics and a US participant of Plan Colombia.

CLAUDIA JARA. She was born and raised in the United States, but her parents are from Colombia, where she lived for a couple of years. Claudia studied political science, now lives in Florida, and works for a major company.

World economist crisis:
Personally, I have great expectations of our new president. I think our country has been in an economic mess for years and it’s time to move up and away from the mess we are in. Too many people are losing their jobs, their homes, their hope in America and are tired of it. People at all levels are trimming back on basic things we’ve enjoyed in the past, just to make ends meet. We want to see more jobs and better jobs. We want big business to take responsibility for their actions and not expect the government to take care of the mess they made. It will be hard to fix what the last 8 years have created, but I am confident we will start moving forward.

War on terror
I used to say that we should end the war now and bring our soldiers home, but we have interfered too much to just walk away. What happens when all our troops come home? Does that mean we give the Taliban and insurgents the ability to gain more power and attack us again, maybe worse? I think president-elect Obama has a hard decision to make because you just can’t walk away without a plan. The war has to end slowly. I also think the war against terrorism goes beyond these Middle Eastern countries. Just south of us, you have Venezuela, Ecuador and those countries that are mesmerized by Hugo Chavez’ ideal state. I feel Hugo Chavez can be a big threat to the U.S. as well because of his dealings with US enemies.

Plan Colombia
In order to Obama to support Plan Colombia, I think he needs a good advisor on the situation. From what I understand, not everyone in Colombia is in support of Plan Colombia. For some it is an opportunity to get into the global market and for others it is going to be the end to their business. I think before we start supporting a plan, let’s fix our country first. If Plan Colombia can help get our economy going again, without doing damage to the Colombian economy then I think this is something we should consider. 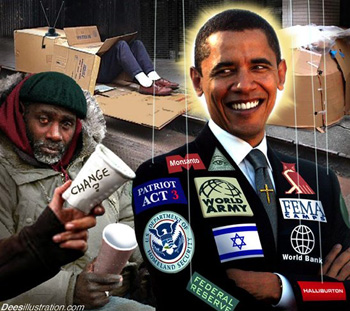 RICHARD BROUILLETTE. He launched his film Neo-Liberalism Ensnares Democracy (160 minutes) during the RIDM (Rencontre International de Documentaires de Montreal) in 2008. Brouillete uses the reflections and analysis of many renowned intellectuals to draw a portrait of neo-liberal ideology and he examines the various mechanisms used to impose its dictates throughout the world.

World economist crisis:
It seems that Obama wants to propose a new deal to the American people. But I don’t think he will go as far as Roosevelt did. I don’t believe that he will totally abandon the deregulation measures concerning the financial markets that were adopted since Nixon and which are responsible for the current crisis. Certainly he will put up a package to stimulate demand and keep credit accessible, but I can’t imagine he would get back to the Monetary System that existed before 1971 which guaranteed the stability of exchange rates. I don’t believe he would get back to a monetary policy that would favor labor over inflation. I don’t believe he will do much to address the world food crisis. He will prefer to spend billions of dollars on a military solution in Afghanistan instead of helping countries suffering from food shortages to develop their agricultural autonomy.As a matter of fact, I think the actual goal of every Western government, starting with the US government (present and future), is to come to the rescue of those who made billions of profit so they can start making billions of profit again. It goes as usual: “privatize the profits, nationalize the losses”. The regular taxpayers will pay for the CEOs extravagances. I don’t think that Obama has any socialist (or social-democratic) views on the financial markets and the economy in general. He will do the same as Bush would have done, except maybe, for the environmental and health care issues. But maybe I’m too pessimistic.

War on terror.
I think the US foreign policy has always been pretty much the same between Democrats and Republicans, and it won’t change very much with Obama. The main difference was George W. Bush’s unilateralism and poor diplomacy. But under Democrat and Republican rule the goals remain the same: to colonize the underdeveloped countries and gain control over their natural resources, their money (i.e. impose dollarization) and their geo-strategical spaces. And so Zbigniew Brzezinski’s views (Jimmy Carter’s former National Security Advisor) were not very different from Henry Kissinger’s and Condoleeza Rice’s views weren’t very different from Madeleine Albright’s. The Clinton administration waged an illegal war against Serbia, bypassing the UN Security Council, just like Bush did in Irak. As for Obama, he made it clear that he wanted to increase the US involvement in Afghanistan, and even threatened Pakistan of invading its territory to fight the Talibans, (which indeed were trained, fostered and funded by Saudi Arabia, the CIA and the ISI – Pakistan’s secret services – and used as a proxy to destabilize many countries, from the Balkans to China, even long after the end of the USSR-Afghanistan war).

Plan Colombia
The United-States only fight the narcotraffic when they see an advantage for them, because they also benefit from it in many different ways. There are two main ways how they profit from narcotraffic. The most well know is the funding of armed conflicts that serve their geopolitical goals. The Iran-Contragate and the USSR-Afghanistan war are two famous examples of this, but there are plenty more. Another way that the US and other Western countries benefit from the drug trade, is through debt reimbursement. In many countries, one of the major sources of strong foreign currencies is drug sale. And these foreign currencies are laundered through the service of the debt (IMF and private – London and Paris Clubs). A lot of laundered money originating from drug sales is also invested in Wall Street. So, I don’t think Obama will act any differently from his predecessors regarding the “war on drug”, which is a completely hypocritical term. Plan Colombia only serves the geostrategy of the US by providing military assistance to the Uribe government and the right wing paramilitaries. I guess it will receive the same support from Obama. Also I don’t think the Obama government will be friendlier with Chavez, Morales, Castro, etc., simply because it’s not in the US interest (i.e. the US corporations’ interest, not the people’s) to loose influence in South America. Anyway, let’s just hope that Obama will put more emphasis on the social aspect of the program rather than on the military.

*STEVE BARNES. American, he is a participant of Plan Colombia.

World economist crisis:
Most Americans hope that President-elect Obama acts with thoughtfulness and a healthy dose of realpolitik when forming US policy in these areas. Economically, I hope that Obama will realize that the free-market economy is the backbone of American power and that he will think very carefully before placing the US on a path that leads to socialism. Certainly, there is a measure of government intervention that must occur in order to resolve the US side of the problem but Obama must keep in mind the primacy of the free-market. The market MUST be allowed the opportunity to correct itself. Sacrifices will have to be made in some domestic economic sectors in order to secure the stability of the overall economy. Globally, the US should back off somewhat from its calls for free trade. This does not mean abandon it completely, but in these trying times a certain amount of temporary protectionism would benefit the US greatly.

War on terror.
With Iraq, Afghanistan and the War on terror, it is imperative that Obama consider the national interests of the US before making any rash decisions. Starting with Iraq. America is now embroiled in Iraq and there is no going back. The US has the chance to raise Iraq up as it did with Germany and Japan after World War II and secure a permanent friend in the region that can be a counterpoint to Iran and Saudi Arabia. Anything less would be a waste of blood and treasure. Afghanistan and the War on Terror are somewhat of a separate issue. This is a clash of cultures. Either modern ideals of pluralism and tolerance will win out or the ideals of conservative theocratic governance will emerge victorious. The one cannot abide the other. These are two fundamentally opposed world views and there is no middle ground. This clash is akin to the Cold War wherein there was only room for one ideology to survive. Obama must be clear that he and the US will do whatever it takes to ensure that tolerance and pluralism prevail.

Plan Colombia
Finally, helping countries like Plan Colombia is still an important part of US foreign policy. More so than fighting a so-called “War on Drugs” it is important to stabilize our friends in the region. The drug issue is kept alive by the profit availability in the US and Europe. Without that, the criminal element departs from narcotics. But Plan Colombia is now more than that…by supporting the Colombian government in its fight against the FARC/ELN and narcotraffickers, the US is bolstering an ally that faces threats to its sovereignty from Venezuela and proxies and Ecuador, Bolivia, and Nicaragua. New alliances between Venezuela, Iran, and Russia put a further danger in front of Colombia. Obama MUST stand firm and demonstrate to the allies of the US that we will not abandon them to fight common enemies on their own.